White Sands National Park may very well be the most impressive landscape in the US National Park Service. This may sound like hyperbole—but it is no exaggeration. The park is shockingly surreal, to the point where you may wonder, “Am I really in the United States?”

In America’s take on the Sahara, sleds have replaced camels as the transportation option of choice. It’s quite a change from the time when Spanish explorers referred to this area of southern New Mexico as, “The journey of death.”

1. It’s the Largest Gypsum Dunefield on Earth
2. It Shares Land With the White Sands Missile Range
3. Visitors Are Encouraged To Bring Sleds
4. You Must Try One of These Activities
5. It’s One of the Best Places For Photography in the US
6. There’s a Section of the Park Along Route 70
7. Items You Must Bring to White Sands National Park

The dunes in White Sands National Park are exceptionally beautiful. They’re virtually snow-white and comprised of nearly pure gypsum. Upon first sight, most visitors wonder how this land enchantment was all formed. The wonderful ripples and monumental dunes have all been shaped by a southwesterly wind over thousands of years. Here are seven things to know before visiting the White Sands National Park.

Positioned in the Tularosa Basin, White Sands National Park is one of the world’s greatest natural wonders. Taking up about the same amount of space as New York City, this massive dune field offers 275 square miles of shockingly beautiful desert.

Look no further than the white stripes near the tops of the surrounding mountain ranges to see where the gypsum came from. To make a long story short, about 250 million years ago, long before the dinosaur world, the gypsum was deposited on the floor of a shallow sea when North America began breaking apart from Pangea.

How Were the Dunes Formed?

As the separation began, the land in the area detached and rose. This eventually created the Sacrament and San Andres mountain ranges. The land in between the mountains collapsed, forming the Tularosa Basin. About 12,000 years ago there was a significant amount of snow and rain in the area and a lake formed. We now refer to it as Lake Otero.

The precipitation drained the gypsum from the mountains into Lake Otero. Over time, the lake slowly evaporated. This allowed the gypsum to crystallize into selenite. Winds as strong as 60 mph eventually broke up the large chunks of crystal into small grains of sand.

Eventually, the particles were made so small that they turned into dust and swept into the air, forming the dunes. A small section of the lake remains in the southwest section of the park. It is called Lake Lucero and it is here where the new dunes are created.

2. It Shares Land With the White Sands Missile Range

Known as the “Birthplace of America’s Missile and Space Activity,” White Sands National Park is surrounded by the White Sands Missile Range (WSMR). During the Manhattan Project, the first atomic bomb was tested here, on the Trinity site. Occasionally, the largest overland test range in the US performs missile tests that will close Highway 70. This is the main road leading to the entrance of the park. When the testing is significant, the Dunes Drive may be closed. When this occurs, visitors are asked to remain at the visitor center.

The testing usually takes place in the early morning hours. Road closures will be enforced over the San Augustin Pass (US 70 from Las Cruces), US 54, and US 380. The best place to check for road closures is the WSMR Twitter page.

3. Visitors Are Encouraged To Bring Sleds

Delightful to touch, and walk-on for that matter, the sands of the park are cool to the touch, even in the hottest sun. As a result, the sand is perfect for walking barefoot on, but more especially, sledding. This exciting activity is enjoyed by both children and adults.

Similar to sledding in the snow, sliding down dunes is just as adventurous—but a bit different. This is an ideal opportunity to break out your winter snow disc saucer (make sure it works in sand) in the middle of the summer. They’re even available for purchase at the gift shop if you forgot to bring one. Generally, snow discs with holes near the handles will encourage the disc to become filled with sand.

4. You Must Try One of These Activities

Beyond sledding, the park offers a full array of activities. These include the scenic Dunes Drive, a guided tour of Lake Otero led by a park ranger, photography, picnicking, hiking, bicycling, and camping. Temperatures vary dramatically depending on the time of year of your visit. Therefore, the desired activity will be most likely dictated by the weather. For example, daytime highs in the summer reach or exceed 100ºF, while in the winter they’re about 80ºF. Accordingly, high-impact activities may be more enjoyable in the cooler months and low impact in the warmer. However, if you come well prepared you probably can get away enjoying any activity at any time of year.

Beyond simply taking the 16-mile scenic Dunes Drive, which is amazing, our favorite three activities to participate in at White Sands are picnicking, photography, and hiking. There are 62 shaded picnic tables with wind blockers and grills. Consider bringing some charcoal and lighter fluid for a proper outdoor picnic.

The park has five easily accessible walking trails, ranging in length from 0.4 miles to 5.0 miles. Each trail is associated with a specific color and symbol marker, excluding the Interdune Boardwalk.

At 0.5-miles, the Playa Trail is considered by many to be an easy 30-minute in-and-out walk. The trail leads to a playa, a low-lying area that fills briefly with rainwater. There are numerous exhibits to read along the way. This section of the park is mainly shrubs and does not have the beautiful white sands the park is famous for.

The 1.0-mile Dune Life Nature Trail sits right across the street from the Playa Trail, and it provides visitors with the ability to climb dunes. This is one of the best trails to spot wildlife including reptiles, rodents, birds, badgers, and kit foxes. Plan on completing the loop walk in about one hour.

The 0.4-mile Interdune Boardwalk trail takes place on an elevated platform. There are 10 exhibits to enjoy along the way. This is the only trail that is fully accessible for wheeled devices such as strollers and wheelchairs. Typically, it will take about 20 minutes to complete the in-and-out walk.

Don’t worry, you don’t have to be camping to complete this 2-mile loop hike. Highlights of the walk include the opportunity to cross over several dunes and view various vegetation. It will take about 1.5 hours to complete the walk.

At 5-miles, the Alkali Flat Trail is the longest and most challenging in the park. It hugs the area where Lake Otero would have been. With rolling dunes, the trail goes through probably the most stunning area of the park. Plan on this walk taking about three hours to complete.

A bit of preparation will make both the Backcountry Camping and Alkali Flat trails more enjoyable. There’s no shade so bring a hat along with plenty of water. Also, wear above-the-ankle hiking boots to prevent sand seeping into your shoe or even consider walking barefoot.

5. It’s One of the Best Places For Photography in the US

There’s a reason that an estimated 90% of all US-produced motor vehicles are filmed and/or photographed in the West Filming Area of White Sands National Park—it’s that spectacular. There’s no other place on earth where you’ll find the dramatic contrast of a natural white landscape offset by perhaps a bright red vehicle.

The rolling dunes, dark shadows, and various hues brought on by the ever-changing sunlight make this a photographer’s paradise. And, the best part is, wonderful photos can even be taken with a simple smartphone. However, if you are planning on bringing expensive equipment make sure you have a plan on how you’ll protect it.

Sand can do irreversible damage to both the interior and exterior of a camera. In other words, it may not be worth pulling out your most expensive camera and/or lenses on a breezy day. Also, be sure to change your camera to a snow setting or increase the exposure +1. If you don’t, your photos may come out a bit greyish.

The best places to take photos are in the dunes behind the West Filming Area and along the Alkalia Foot Trail. We (and when I say we, I mean me) didn’t plan our outfits very well and so our couple photos are a bit awkward. If you’re planning on doing any kind of couples photography, make sure your look is coordinated.

Also, Andy Defrancesco gives helpful advice; avoid areas with people, you don’t want their footprints (or bodies) in your shot. Experiment taking photos at the top and the bottom of various dunes. Of course, the largest dunes are usually the most heavily trafficked and should most likely be avoided.

Look for areas closer to the bottom of the dunes where you’ll encounter yuccas and dune grasses. These areas will oftentimes add an interesting perspective to your photography. However, we found the best photos with individuals, that we took, were mainly the ones where we were just a spec on the horizon.

6. There’s a Section of the Park Along Route 70

Sometimes people hang out on the side of the highway, outside the fencing, to play in the soft sand. We believe this may be because they don’t want to pay the admission fee or because they’re short on time.

During our western road trip, we purchased the “America the Beautiful – National Parks & Federal Recreational Lands Annual Pass.” The pass provides access to more than 2,000 federal recreation sites. After determining that we wouldn’t be visiting any more parks for the rest of the year, we ended up selling it on eBay. Therefore, we recovered about 85 percent of the cost.

7. Items You Must Bring to White Sands National Park

What makes White Sands so much different than any other park is that there is no shade anywhere. As a result, the average visitor will benefit from bringing a few essential items. Moreover, the closest town is Alamogordo, a 20-minute drive away from the visitor center. Therefore, any items you forget at the store are, at a minimum, a 40-minute roundtrip drive away. These items include sunglasses, water, a hat, loose light-colored clothing, salty snacks or sports drinks to replenish electrolytes, a fully charged cell phone, a steel saucer sled, and a camera. As a general rule of thumb, hikers should begin returning to their vehicles once their water is halfway gone.

White Sands National Park is like nowhere else on earth that we’ve been to. The feeling of standing in polar snows while baking in the hot desert sun is a phenomenal experience—simply put, it’s out-of-this-world. In the meantime, picture the San Andres Mountains looking down on the beauty of the desert, changing from reds and golds in the early morning to purples and blues near sunset. It’s hard to imagine any visitor to White Sands not leaving the park in a state of awe. 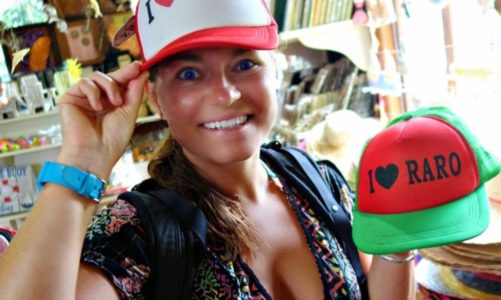