Exploring Mali Lošinj, Croatia is a yachter’s dream. Let us introduce you to the Croatian island of Mali Lošinj. It has a vibe of sexy opulence with a hint of playful fun. Located about 20 miles off the coast, Mali Lošinj can feel quite isolated. Most visitors arrive by ferry or private yacht to enjoy all that the island has to offer.

Mali Lošinj is known as one of the sunniest destinations in Europe. In the summer, the port is full of yachters looking to enjoy the colorful ambiance, warm breezes, and lively promenade. This guide will share an inside look at one of Croatia’s dreamiest destinations.

We explored Mali Lošinj while on a small ship cruise aboard the Adriatic Queen.

At one time, Cres and Lošinj used to be one island. Around the 9th century, the Romans constructed an artificial canal to separate the two landmasses. This massive project was completed to help shorten the route for the emerging sea trade market.

By the 19th century, Lošinj had become the second busiest port in the Adriatic. Soon, the island’s inhabitants were recognized for their skilled sailing ship construction. Additionally, they earned the title of some of the best seamen in the Mediterranean.

Today, Losinj’s architecture looks just like it did during that period, providing a sense of timelessness when visitors first arrive at the colorful port. 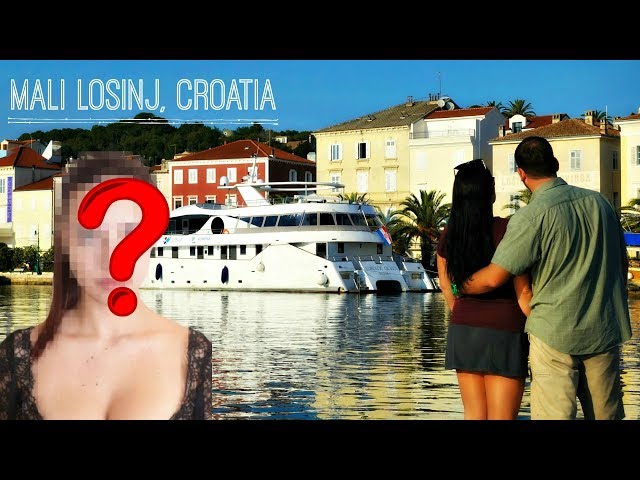 For over 125 years, health-conscious travelers have been retreating to Mali Lošinj to rejuvenate their minds, bodies, and spirits. The movement began long ago with the Austro-Hungarian aristocracy.

In 1892, Lošinj officially earned a proclaimation as a climatic health resort by a decree of the Ministry of Health of the Austrian-Hungarian Monarchy. The island’s warm, Mediterranean climate with its fresh pinewood forest air, made it an ideal location for health tourism.

Today, several resorts double as wellness centers. Tourists take advantage of the hotel’s luxury spas to de-stress and take the time to focus on self-care.

Arriving at the port, Mali Lošinj’s promenade is a welcoming sight. The colorful buildings, lively cafes, and cobblestone pathways allow visitors the chance to stretch their legs after time at sea. Visitors love sampling the Mediterranean cuisine in the family-run konobas, or restaurants.

Here local delicacies include whitefish, lamb, homemade pasta and risottos, buzara, octopus, and squid. According to some restaurant critics, the shrimp from Kvarner Bay are some of the best in the world.

Lifestyles of the Rich and Famous

As Mali Lošinj became a popular holiday destination, the Austrian nobility constructed beautiful villas that can still be seen today. Additionally, successful sea captains also built their family homes here to enjoy when they weren’t out at sea. The 100-year-old pine forest and the clear waters of Čikat Cove was, and still is, prime real estate for the wealthy.

In 1999, an antique bronze statue was pulled from the sea bed from off the coast of Lošinj. The legend is that around the 1st century, it was thrown overboard during a bad storm as an offering to the Gods. The sacrifice was made to prevent the ship from overturning and to ensure safe passage through the Osor channel.

The statue is truly a treasure! It is one of eight famous Greek statues in the Apoxyomenos prototype collection. However, the most famous statue of the collection is on display in Vienna. It was discovered in 1896 in Ephesus, an ancient Greek city that is now in present-day Selçuk, Turkey.

The restoration process took seven years to complete. The Croatian statue is now on display in the Museum of Apoxyomenos in the Mali Lošinj city center and is the most perfect and best-preserved. 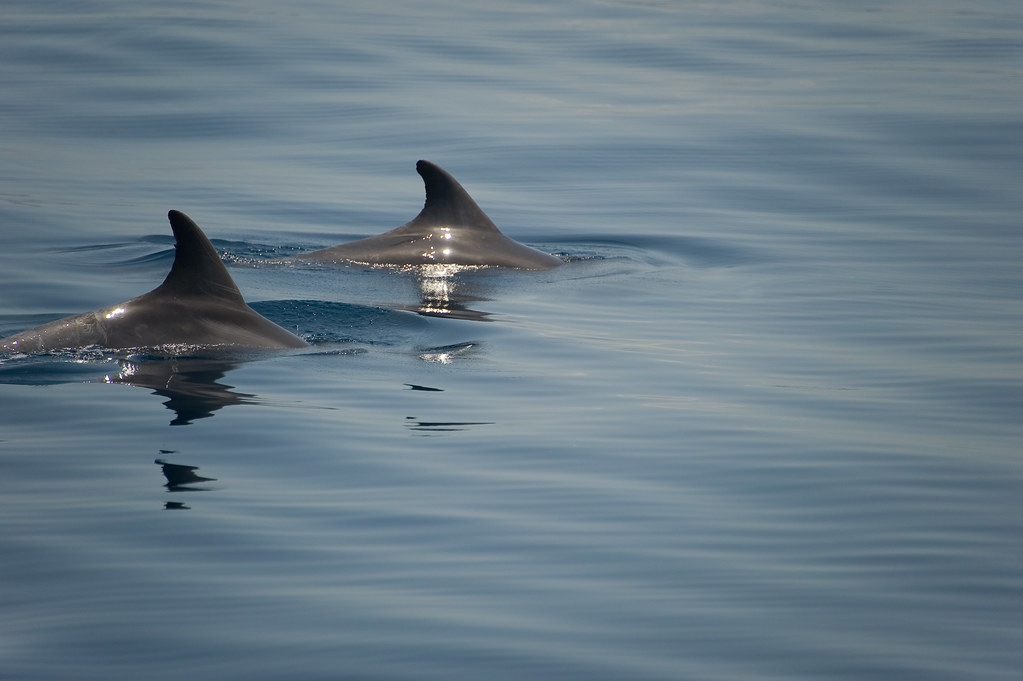 The waters around Mali Losinj are home to a colony of around 180 bottlenose dolphins. The beloved pod is quite famous in the area. Furthermore, these particular dolphins are easily identifiable due to their natural markings, scars, and fins.

Since 1995, Croatian researchers and biologists work to protect these colonies and create a movement of sustainable tourism. Those interested in marine life can become involved with local professional researchers. For example, visitors can adopt a dolphin or even volunteer at the marine biology field base. Lošinj is the 11th largest island in Croatia. With over 100 kilometers of curvy coastline, there are many bays and coves that are perfect for swimming and sunbathing. While docked in port, guests can visit one of the many beaches to enjoy the shallow turquoise waters.